Visa fuels electric ambitions for the future of racing at CES 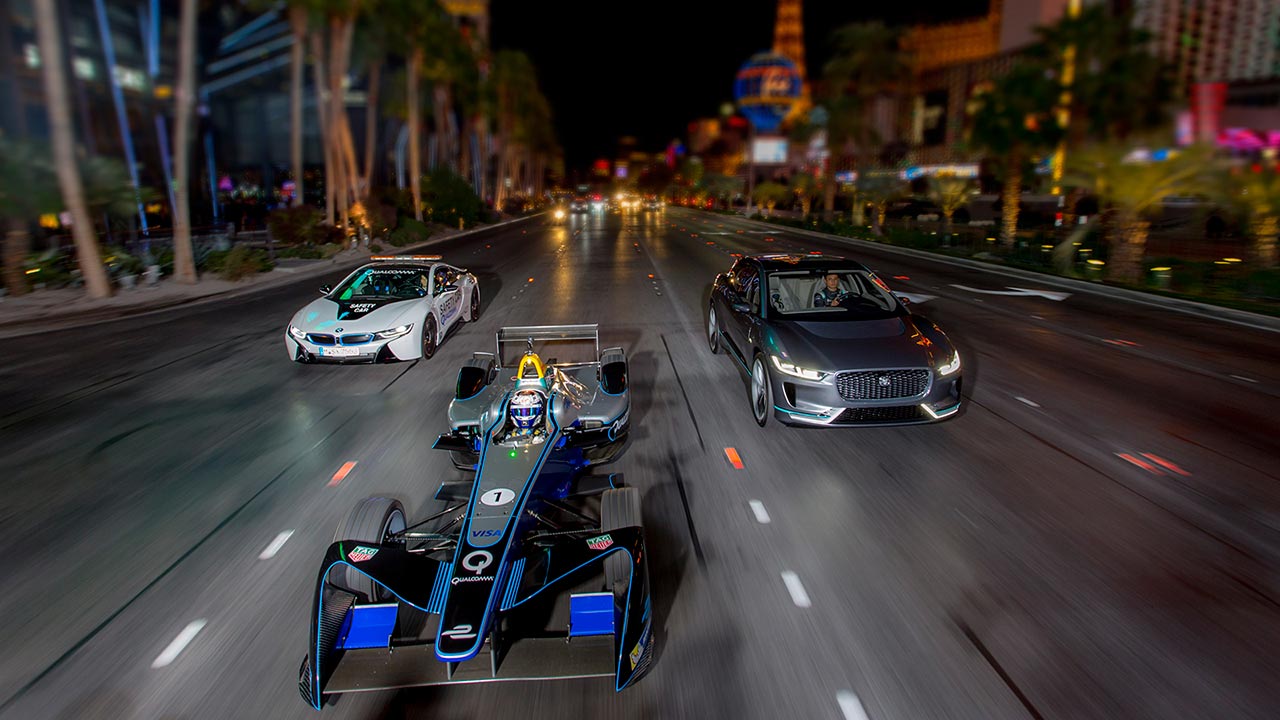 High-velocity meets high-tech when professional racers take on professional gamers in the Formula E Visa Vegas eRace at this year’s Consumer Electronics Show (CES). This premiere event, held onsite in Las Vegas, brings Formula E racing to the show’s tech-loving crowds. And though the ‘electrically charged’ contest will be held on a virtual track, the $1 million in prize money is for real.

As a founding sponsor and the Official Payment Partner of Formula E, Visa continues to expand its involvement in the world of professional sports—from the NFL, FIFA World Cup and Olympic Games to the growing realm of eSports. Visa now brings the real-world sport of electric street racing together with some of the most skilled gamers from eSports, the digitally based competitive gaming circuit.

A new, future-forward evolution in open-wheel racing, Formula E replaces the purr of gasoline engines with the intense whir of electric motors. Quick and energy-efficient, Formula E cars sound like jets taking off but hitting top speeds isn’t the only goal. Drivers must carefully manage their vehicle’s energy consumption in order to make it to the finish line.

Aficionados and newcomers alike are in for a surprise when Formula E hits the CES track. It may be a simulation but these race cars can accelerate to over 100kmph in under three seconds. For the Visa Vegas eRace, ten qualifying SIM players will challenge twenty professional Formula E drivers. All the drivers will get a feel for the simulation in preliminary races but the final digital track will be kept secret.

The Formula E Visa Vegas eRace will be a chance to witness the future of racing alongside the plethora of technology, including Visa’s connected car collaboration with Honda being unveiled at CES. It will also offer an opportunity to see Visa Driver Ambassador and the first-ever Formula E champion Nelson Piquet, Jr. inperson. Piquet is a former Formula 1 driver who seized the opportunity to be a part of history with the advent of the Formula E racing series. The son of famed Formula 1 champion Nelson Piquet is known in Brazil and around the world for his family’s legacy of success.

Competing against Piquet will be rival pro racer Jérôme D'Ambrosio, who hails fromBelgium and drove for the Marussia Virgin Racing team in 2011. They will be joined by the likes of Graham Carroll of Scotland, who won the 2015 Avon Tyres Walter Hayes Trophy Grand Final.

Piquet and his peers are experts when it comes to racing in the real world, but they will be up against some of finest competitors that eSports has to offer. Will they be up for the challenge or left in the virtual dust? The race begins on Saturday at 4 p.m. at the Venetian Hotel where one winner will hit the road with sweet prize money plus bragging rights in the first-ever Vegas eRace event.