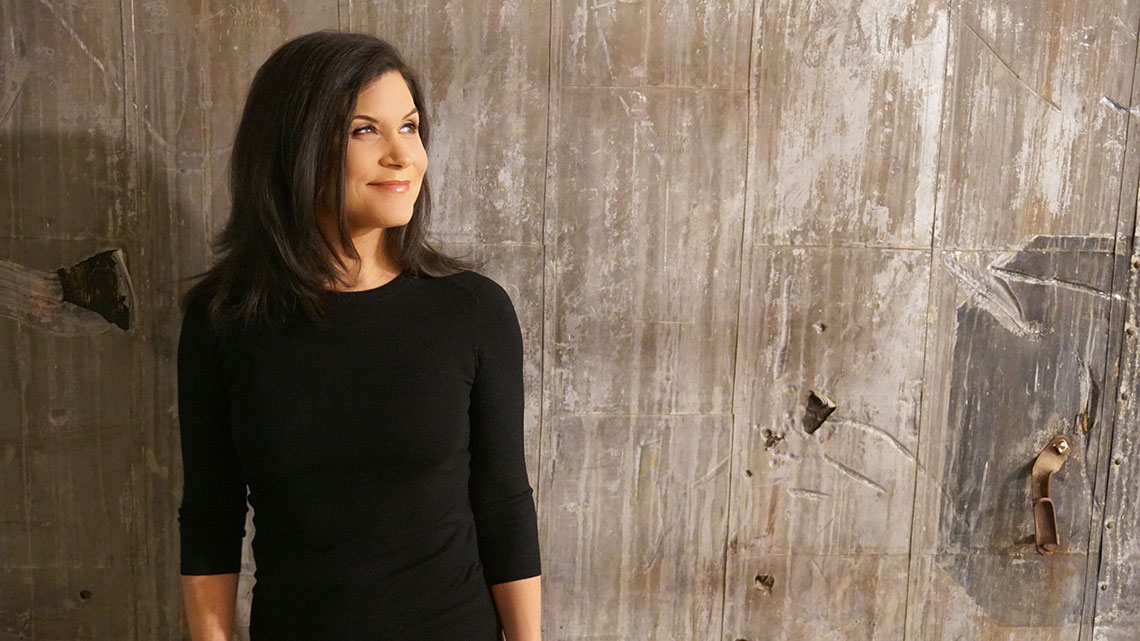 The small number of women business leaders is no secret. Women make up more than half of the workforce yet represent just 14 percent of executive officers and four percent of Fortune 500 CEOs. Tech startup numbers are just as low (about nine percent), with access to funding being a significant barrier. Dani Davis, co-founder of Girl Starter, a platform and new television series that mentors young female entrepreneurs, aims to turn the tide. Here, Visa’s senior writer Theresa Gonzalez talks with Davis about her former life as a Broadway producer (when few female producers were running the show) and how she launched this passion business and her new series with the help of Visa.

Q: What sparked the idea for Girl Starter?

Dani Davis: The best part of this story is that it wasn’t my idea or my co-founder’s [Jeannine Shao Collins] idea. About two years ago, I brought Jeannine’s 16-year-old daughter Julia to an event that I was hosting at my alma mater Duke University about women, venture and risk. After the event, which I thought was completely electric and awesome and inspiring, Julia came up to me and said, “You know, I think you’re having this conversation too late. I’m entrepreneurial and I think if you’re going to make a change for women in society it’s going to have to start with girls while they’re still my age.” There was so much that she said that really struck a nerve. She was right on, because it has to become a culture shift.

Q: How did the idea turn into a television series?

DD: After Julia returned home, Jeannine, who is a long-time publishing executive, said, “I love your idea [of starting a club] but you’re not going to change the world by starting a club at a school in Manhattan. If you’re really going to inspire change you need to reach those girls who are out in Oklahoma and Montana and who have no idea that women like this exist. I think you might need to make a show.”

A week later they contacted me. Fast forward and we are in production on the Girl Starter television show, which will appear on TLC this spring and is one component of a media company we built called Girl Starter. Each episode puts eight young women through the paces of Girl Starter’s six steps to develop the early stages of a business. We’ll follow that airing with a live tour around college campuses in the United States. The third component is a robust digital platform that over the next three years will be a place for women to come and build out their businesses with access to mentors and funding.

We intend to walk the talk and be a for-profit company that advocates for more women-founded companies.

Q: Can we talk about the gender gap when it comes to securing VC funding for women-owned businesses? How can we narrow the gap?

DD: One of the most sobering things Jeannine and I experienced in this whole endeavor was people asking us why we are not a non-profit, and my response was that women are not charity cases. We make money. We intend to walk that talk and be a for-profit company that advocates for and whose mission it is to create more women-founded companies.

And to Julia’s point, we need to create a culture shift. We will do that by creating an ecosystem of women funding women and demonstrating the capacity for women-founded companies to make money. Men will also become part of the conversation. We also have to get women into venture—seven percent of partners in VC firms are women. We’re 50 percent of the population and we’re just not represented in the spaces we need to be in order to change the culture.

Q: Speaking of low representation of women in certain industries, there are only a handful of female Broadway producers—how did you help break the mold?

DD: I think about this all the time. The good news for me was I had been what I call a worker bee on Broadway, having performed and assisted directors and choreographers, so I came up through those ranks. It was a male mentor [television and Broadway producer Pierre Cossette] who suggested I look into producing. He said, “You’re relentless, you work very hard and you carry things through. If you don’t mind having 99 percent of the people say no to you I think there’s a future in it for you.” [Laughs.] At the time, I was 32. I’ve always had this sort of go-big-or-go-home perspective in my life so I thought, “Okay, I’m going to produce a Broadway musical.” I didn’t start small at all. The best part of it all was my naiveté—I was down the road before I realized how crazy it was and too far down it to go back and stop.

Q: What was the best takeaway from the experience?

DD: It took me a year to get the rights to [Little Women] because people said, who is this young performer who suddenly thinks she’s a Broadway producer? I learned very early on that partnerships were going to yield success. My best move would be to partner strategically with established people with whom I knew I could move my business plan forward.

Q: How did the partnership with Visa come about?

DD: Visa has been working on this amazing program called the Everywhere Initiative, a global competition that challenges startups to develop solutions to challenges in the payments industry. The company was looking to blend its focus on building a diverse workforce with the competition this year and ended up anchoring on supporting female entrepreneurs and the conversation spiraled from there. The US Visa Everywhere Initiative kickoff in Austin on March 11 will be the first time the live pitch challenge brings five female-led startups on stage to compete. Jeannine (my co founder) and her daughter Julia along with a few stars from our show will be presenting on stage at the event. In addition, we are super excited that a Visa Everywhere Initiative challenge has been integrated right into our show [Girl Starter, episode 2 airing May 5] and…Visa is sponsoring our online challenge for the community of girls who are following the Girl Starter show. I’m so excited to be working with an incredibly established, well-regarded brand that values what we value: equality, diversity and universal acceptance.

Q: International Women’s Day is coming up. What is going on in your head right now as you think about this day personally?

DD: What’s going on in my head right now is that I’m feeling extremely fortunate to be a part of the conversation to bolster women’s opportunities in a time when it feels really necessary to do that and I get to wake up every morning now—I’m getting very emotional—and do this in this moment. And we get to do this for young women domestically and hope that Girl Starter will be a robust enough platform to move to other countries and bring these tools to girls and young women everywhere. Right now, given our current climate, it feels really great to be there for these young women and be a part of that conversation.

To learn more about the Girl Starter series and the six steps to launching a business, visit GirlStarter.com. 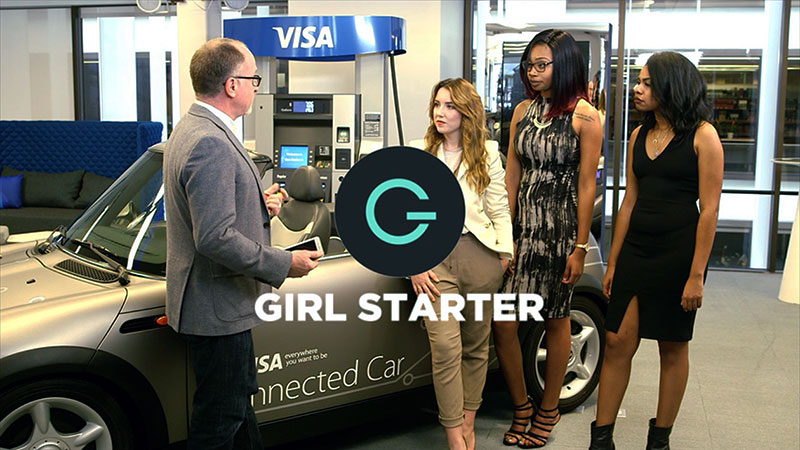 Best advice for getting a business off the ground

Visa’s Girl Starter sponsorship kicks off with a pre-competition pow-wow. 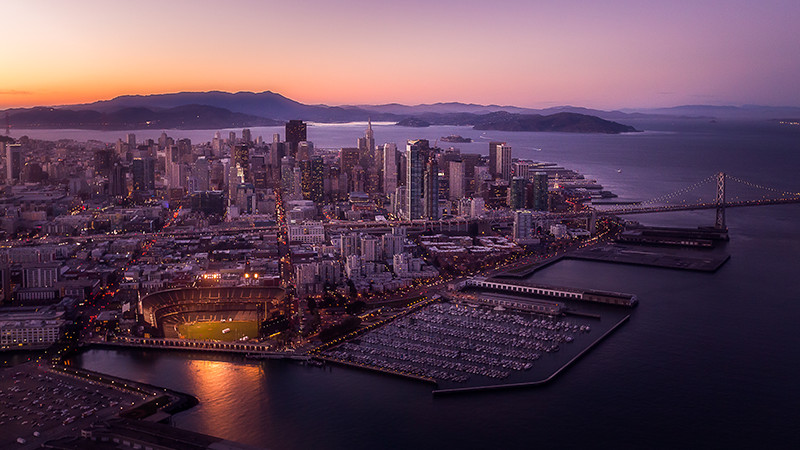 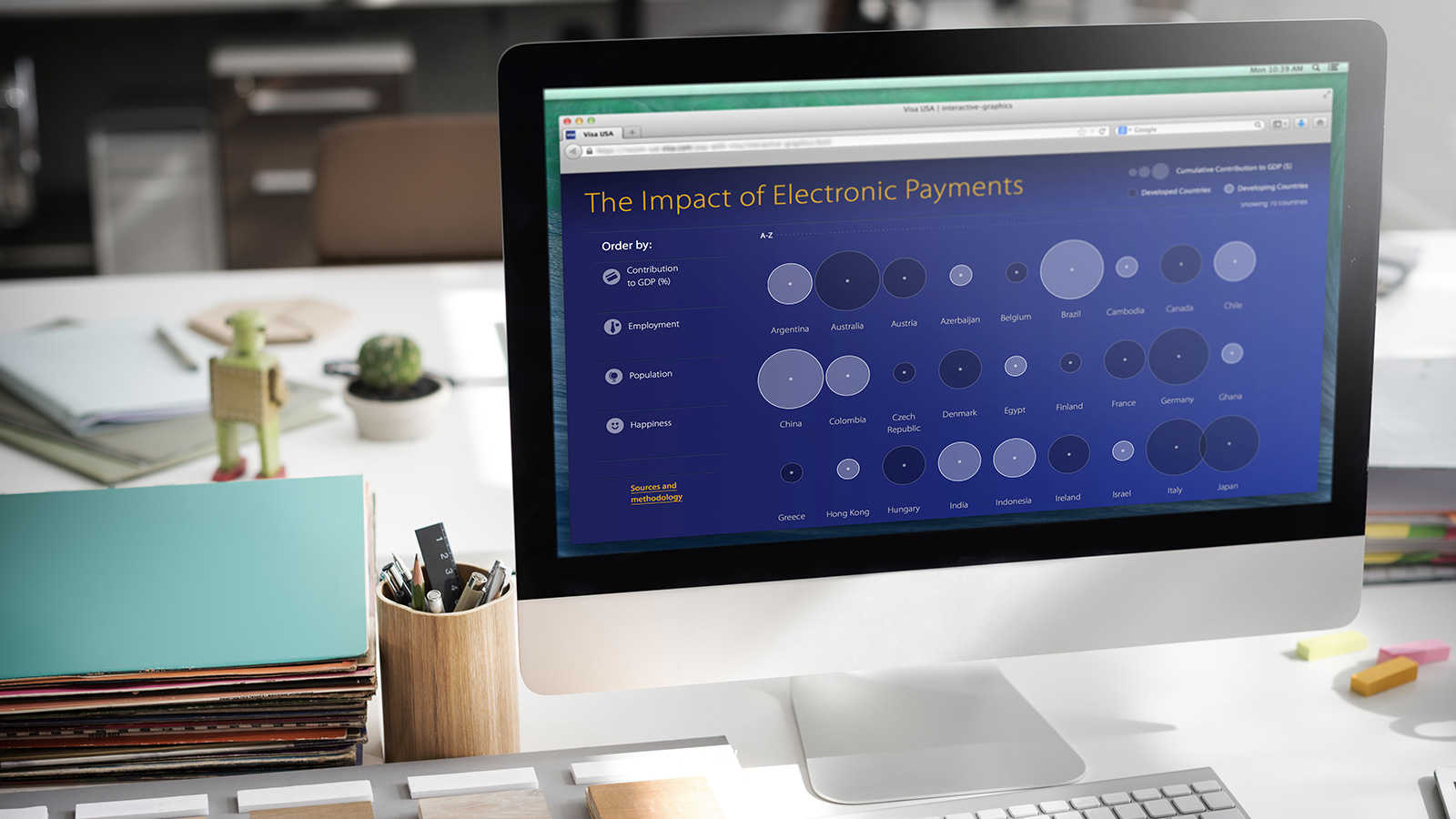 The impact of digital payments on economic growth.